Showing posts from July, 2013
Show all

Just a little bit of Faith!

July 22, 2013
This November I will be leading another tour to visit all the sights in the Holy Land . I always enjoy leading such a great adventure and seeing God’s Word come alive in people’s lives. One of my favorite places to go is the boat ride on the Sea of Galilee . I seem to always think about that time Jesus came to His disciples walking on the water, and Peter called out to the Lord to walk on the water. Jesus told Peter, “Come!” At that point Peter had a decision to make about his faith in the Lord. He had to step out of the boat or sit down in the boat depending on his faith. You know it is easy for us to say that we believe the Lord and that we put our faith in Him, but it is another thing to step out of the boat and walk on water when He tells us to “Come.” In other words, there are times we know in our heart God has called us to do something and go outside our comfort zone, but to do so requires active faith. It takes faith to go on that mission trip, go to the Holy Land on a t
Read more

What are you Transmitting? 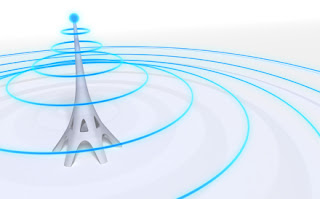 In 1972, NASA launched the exploratory space probe Pioneer 10 . Its main mission was to reach Jupiter and send back information about that planet. It was a bold plan because at that time no satellite had gone beyond Mars. Pioneer 10 accomplished its mission and so much more. It swung past Jupiter in November, 1973, then passed Saturn, Uranus, Neptune, and Pluto. By 1997, Pioneer 10 was more than six billion miles from the sun. Despite that immense distance, Pioneer 10 continued to beam back radio signals to earth. The most remarkable thing was that those signals were powered by an 8-watt transmitter, which radiates about as much power as a bedroom night light. Not even the most optimistic scientist could have ever imagined what that little 8-watt transmitter could do. Yet even now it is transmitting important messages back to NASA from unexplored space. So it is when you and I offer ourselves to God in faithful obedience. So many people look at their lives and think to   thems
Read more
More posts