Showing posts from May, 2014
Show all

The "White Elephant" of God's People 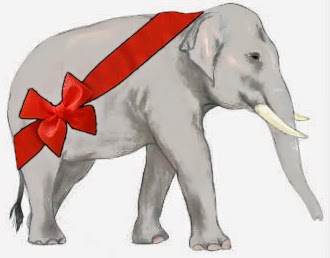 I recently read that in ancient days when the King of Siam had an enemy he wanted to torment and slowly destroy, he would send that enemy an elaborate gift. While this may seem strange to send your enemy a gift, the King of Siam would send his enemy the gift of a rare, white, albino elephant. These animals were considered to be so rare that they were sacred and of great value. Therefore, in the culture of that day the recipient of the white elephant had not choice but to intentionally care for the animal. An elephant would and did live for many years and would require a great amount of energy, time, resources, emotions, and money from the enemy. Over time the enemy of the King of Siam would become burdened in every area of his life because of this rare gift. On the surface the white elephant was valuable, but underneath it was nothing more than a mechanism of torture, frustration, and robbery to the life of the recipient. I found that to be very interesting and, of course, the sourc
Read more
More posts